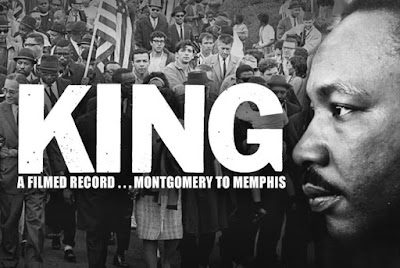 AMC Theatres will offer a free screenings at 100 theaters nationwide of the 1971 Oscar-nominated documentary King: A Filmed Record…Montgomery to Memphis on April 4 at 6PM.
The event is in honor of the 51st Anniversary of Dr. Martin Luther King Jr.’s passing. The pic at a running time of 3-hours and 5 minutes is a historic filmed record of Dr. King’s legacy during his lifetime. In 1999, the doc was selected by the Library of Congress to be preserved and included in the National Film Registry. Prior to the doc’s 2013 theatrical re-release with Gathr Films and Kino Lorber, it was rarely seen since its 1970 “one-time only” theatrical premiere.