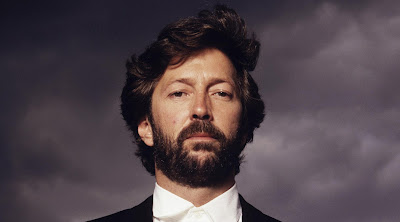 In the 1960’s and 70’s, Eric Clapton’s use of a Gibson Firebird represented some of the most inspired, fiery and influential playing of his legendary career. Although Eric had previously played a Les Paul ES-335 and an SG, it’s always been the 1964 Firebird I that Clapton remembers as being a truly outstanding guitar. “I remember one night in particular with the Firebird,” explains Eric Clapton. “It was a Cream show in Philadelphia, and it was one of the greatest gigs I ever played.”
The release of the Gibson Eric Clapton Firebird I will launch simultaneously with the2019 Crossroads Guitar Festival in Dallas, TX, taking place Friday, September 20 andSaturday, September 21. At the festival, the limited-edition guitar will be displayed in the Guitar Center Village alongside the Gibson ES-335 guitar used by Eric Clapton on numerous landmark recordings, including the enduring Cream hit and festival namesake“Crossroads.”