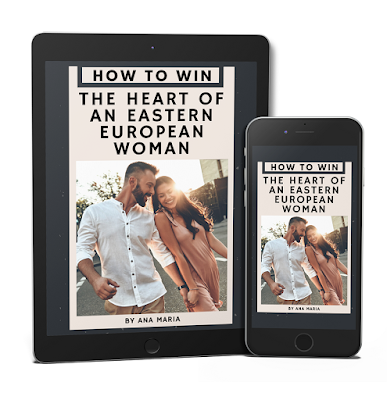 Men’s success community and website The FEARLESS Man today announced the release of a revealing new eBook, How to Win the Heart of An Eastern European Woman, from etiquette expert and new FEARLESS coach Ana Maria, for the low introductory price of $7.00 USD.

The how-to guidebook - based on Ana Maria’s own background growing up in Romania - is geared to help men differentiate between myths and reality when it comes to Eastern European women, and highlight the rules that can be applied in approaching women of different cultures.
WITIN RADIO · Fearless Motivation With Brian Begin

“I know many guys in the West who love the idea of dating women from Eastern Europe. Challenges do arise though, as soon as even saying ‘Hello’ for the first time, in our cultural differences, that can really get in the way of connections ever beginning to form. That’s why I wrote this eBook.”

How to Win the Heart of An Eastern European Woman is essential reading for men that are curious about the interests, values and inner-workings of the women from this inimitably vibrant part of the world - and how they differ from Western women.

FEARLESS Executive Director Dave Stultz noted that “there are definitely cultural stumbling blocks between American men and women of Eastern Europe, whichever side of the Atlantic they’re meeting on. This eBook greases the wheels and makes it a lot easier for you to understand them and form strong connections.”

“Bucharest, Romania has become our European headquarters over the last five years, and in exploring Eastern Europe, there’s something really unique about the women - how feminine, open and deep connectors they tend to be,” added FEARLESS founder Brian Begin. “Ana Maria’s eBook is a great starting point for connecting with those women.”