Mahershala Ali Shares First-Look Teaser Image Of Him As Blade 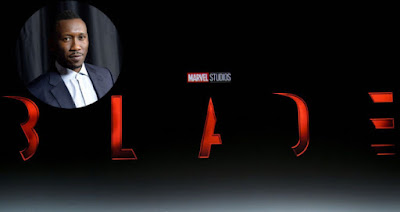 Following the conclusion of Phase 4 with Avengers: Endgame and Spider-Man: Far From Home, the Marvel Cinematic Universe officially entered a new era.

With the old guard such as Iron Man and Captain America moving on, Marvel Studios finds itself a position that it hasn’t been in close to a decade: they have a blank slate.

And Marvel Studios certainly seems to be making the most of their blank slate, as their upcoming schedule of features all represent something of an experiment for the behemoth franchise.

First comes Black Widow, which will see Scarlett Johansson play Natasha Romanoff one more time. Then, next February, The Eternals premieres, followed by Shang-Chi a few months later. The following year, Thor: Love and Thunder and Doctor Stranger In the Multiverse of Madness are sit to hit theaters — both of which seem poised to be more eccentric than the standard MCU fare.

Then, a couple of years down the road, fans will be able to see their dream-casting come to life as two-time Academy Award winner Mahershala Ali takes over the iconic role of Blade.

While not much is known about the project at this time, Ali did share a teaser image of himself in character and it was enough to get fans hyped for what’s to come: At this time, it is unclear when Blade — which was announced by Marvel Studios last summer — will be released, although Phase 5 (sometime after 2022) seems likely.