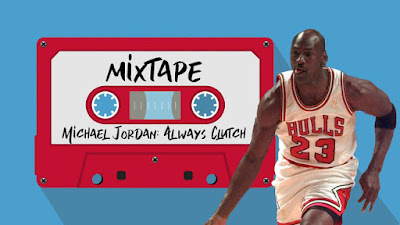 If you've been watching the incredible Michael Jordan documentary then you'll have noticed it's equally impressive soundtrack.

The show, which premieres two episodes each week on Netflix and ESPN, has attracted attention from around the world as people journey through the 1990s from Jordan's eyes and hear from the people who knew him best.

Careful work was put into selecting music that encapsulated the time period that the GOAT and his mates were in; and if you've been jamming along to the series, then you'll be able to relive it all over again on Spotify.

The official soundtrack for the documentary has been uploaded to the audio streaming service and it's jam packed with some awesome artists and songs.

The playlist begins in iconic fashion with the 'Chicago Bulls Theme Song' by The Alan Parsons Project.

You'll also get to hear tracks from the likes of Run DMC, Coolio, Nas, Ms. Lauryn Hill, A Tribe Called Quest, OutKast, Diddy, Biggie, Wu-Tang Clan and Prince, plus loads of others.

There are only two more episodes to go, but once it's done you can soak up as much of the music as you want every day.