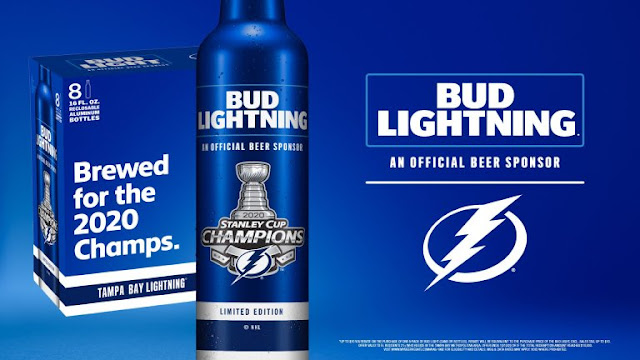 The Tampa Bay Lightning are your 2020-2021 Stanley Cup Champions. They are the first team in NHL history to win the Stanley Cup after getting swept in the playoffs the year before. If you think back to last season, my TB Lightning tied the record for the best regular-season in NHL history only to get blindsided by the Columbus Blue Jackets and bounced from the Playoffs in 4 straight games.
The Lightning were quite literally one of the best teams in NHL (regular season) history. They hadn’t lost back-to-back games that ENTIRE SEASON. Then they got swept by a team that wasn’t even expected to win a single game in that series.

WITIN RADIO · Interview: Grant Fuhr
This year was different for so many reasons. The Lightning started the season pretty shaky and seemed mentally defeated after last season’s sweep but they got it together after the 2-game international road trip to Sweden where they went 2-0 against Buffalo and it was almost like the Lightning came back recharged and learned how to be a team again without worrying about the outside world. From December through February the Tampa Bay Lightning went 23-2-1 and reminded the hockey world that they were THE TEAM to beat.To commemorate the Tampa Bay Lightning winning their second Stanley Cup, Bud Light has released a new ‘Bud Lightning’ beer. Bud Light had promised to change their 16oz cans to ‘Bud Lightning’ last season if Tampa Bay won the Stanley Cup

September 30, 2020
Ta-Nehisi Coates paid tribute to Chadwick Boseman in Wednesday's Marvel Comics . Coates began his eulogy with a quote from T'Challa from 2015's Secret Wars #7. "Death is just a different kind of journey…to the land that I am king of," the quote reads. WITIN RADIO · Interview: Heather Antos: Assistant Editor: Marvel Entertainment "In the Black Panther mythos, T'Challa often retreats to his City of the Dead, where all the previous kings and queens of Wakanda have been buried. There, T'Challa finds wisdom and counsel from his ancestors who have gone before," Coates continued, before explaining how he and Boseman's paths crossed when they were students at Howard University in Washington, DC.                                   "I got to watch him through the years — advancing out of student theater, on to TV and film, and then finally cast as T'Challa. He was perfect. He had T'Challa's royal spirit, the sense that he
Post a Comment
Read more