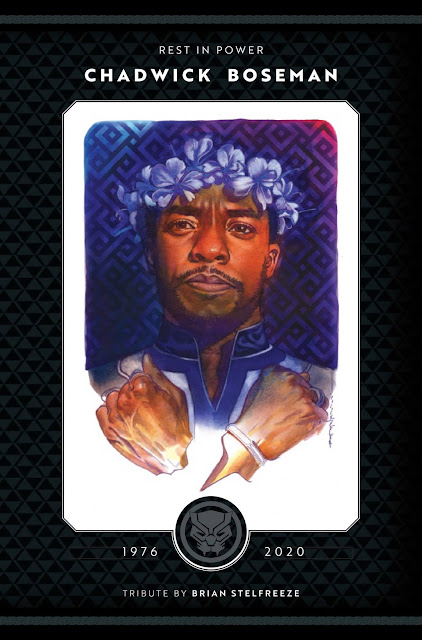 Ta-Nehisi Coates paid tribute to Chadwick Boseman in Wednesday's Marvel Comics. Coates began his eulogy with a quote from T'Challa from 2015's Secret Wars #7. "Death is just a different kind of journey…to the land that I am king of," the quote reads.

WITIN RADIO · Interview: Heather Antos: Assistant Editor: Marvel Entertainment
"In the Black Panther mythos, T'Challa often retreats to his City of the Dead, where all the previous kings and queens of Wakanda have been buried. There, T'Challa finds wisdom and counsel from his ancestors who have gone before," Coates continued, before explaining how he and Boseman's paths crossed when they were students at Howard University in Washington, DC. 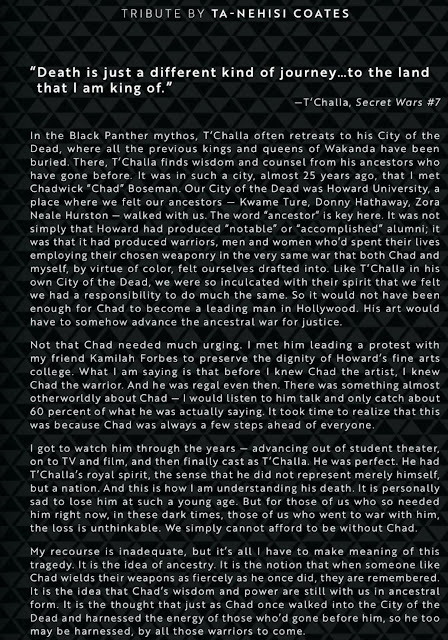 "I got to watch him through the years — advancing out of student theater, on to TV and film, and then finally cast as T'Challa. He was perfect. He had T'Challa's royal spirit, the sense that he did not represent merely himself, but a nation," Coates explained. "And this is how I am understanding his death. It is personally sad to lose him at such a young age. But for those of us who so needed him right now, in these dark times, those of us who went to war with him, the loss is unthinkable. We simply cannot afford to be without Chad. ... Chad once walked into the City of the Dead and harnessed the energy of those who'd gone before him, so he too may be harnessed, by all those warriors to come."
WITIN RADIO · Interview: Author Jesse Holland
Boseman died in August after fighting a long, but private, battle with colon cancer. Coates, the prolific writer who sometimes pens Black Panther comics, hosted a conversation with Boseman at The Apollo in 2018, just as Black Panther was on the verge of becoming one of the biggest movies ever. You can read Coates' full tribute to his late friend above.
WITIN RADIO · Interview: Carrie Bernans