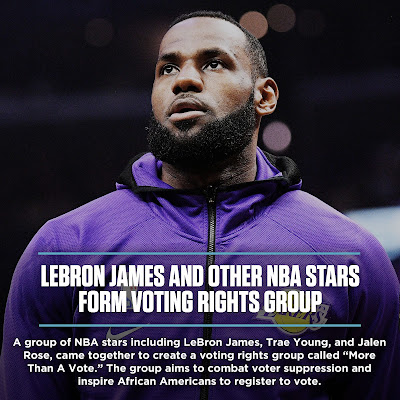 Texas Governor Greg Abbott is facing two voting rights lawsuits over an order allowing Texas counties to provide no more than one drop-off location for voters with absentee ballots. The last-minute law is part of an enormous controversy in the U.S. about the security of mail-in voting, the reliability of the U.S. Postal Service and safely voting during a pandemic. Abbott’s order forced Harris County — home to 2.4 million voters covering a swath of the land larger than Rhode Island — to shutter eleven of its twelve ballot drop-off sites, resulting in potentially enormous lines. But if you live in Harris County, want to vote but don’t know how to get to your county’s only ballot box, never fear. Lebron’s got you.