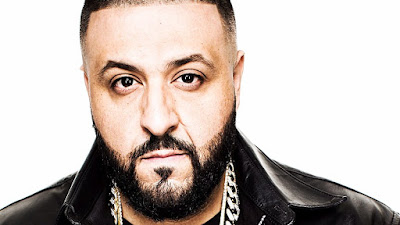 Xbox will unveil Xbox Live Sessions, a brand new, livestream hosted on the Mixer Xbox Channel that will feature some of the world’s most celebrated pop-culture icons as they play highly anticipated new titles on Xbox One.

Beginning on Friday, August 25 at 6:00 p.m. PDT, DJ Khaled will join Xbox for its first-ever Xbox Live Session, as DJ Khaled plays Madden NFL 18 on Xbox One S, all while discussing his projects, answering fan questions and giving away prizes throughout the livestream. Popular radio personality and founder of Dash Radio, DJ Skee will join DJ Khaled in-studio as one of the first hosts of Xbox Live Sessions.

“I am pumped to bring my A-game to Xbox Live Sessions and kick it off with Madden NFL 18,” said DJ Khaled. “Looking forward to hanging with the fans.”

Following the broadcast, fans are also encouraged to tune-in to Xbox Snapchat for exclusive behind-the-scenes footage, and a special DJ Khaled takeover.

“We are thrilled to help connect the biggest stars in pop culture like DJ Khaled to the world’s leading gaming social network with Xbox Live Sessions,” said Aaron Greenberg, GM of Games Marketing at Xbox. “DJ Khaled kicks off an incredible line-up of guests coming to not only chat, but interact with their fans in titles like Madden NFL 18 over Xbox Live.”

Here are some of the exciting moments you can expect from future Xbox Live Sessions:

A-List Featured Guests
During each livestream hosted on Mixer, premiere guests – including some of the most iconic athletes, actors, musical talent, and more – will join Xbox to share stories and discuss their passions, while debuting exciting new titles on Xbox One.

Exclusive Gameplay
During Xbox Live Sessions, fans will have the chance to see exclusive gameplay of Xbox’s most anticipated titles, including sneak-peeks of popular games ahead of their official release. 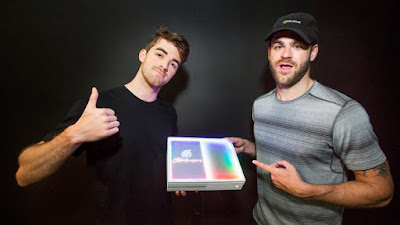 Xbox is excited to announce the creation of custom, one-of-a-kind Xbox One S consoles that will pair fan-favorite celebrities and brands for a truly unique Xbox experience. The first of these unprecedented custom Xbox consoles is designed for the hottest DJ duo in the world, The Chainsmokers, bringing light and sound together, creating a stimulating experience like their high energy, sold-out shows.To create the console, the Xbox team used a thumbnail-sized, USB-powered microprocessor that works in real time to convert sound into an ever-changing and dynamic light show. Sixty miniature pixels illuminate the multi-layered acrylic display creating a 3D effect, lighting up this unique Xbox One S.

“We were really pumped to work with Xbox on this project and help bring our music to life in a new way, by combining it with the best gaming console in the world,” said The Chainsmokers. “We knew the team would do something amazing, but when we saw the custom Xbox One S for the first time, we were both blown away by how cool the design is.”
“Over my time, I have seen many unique consoles come to life but nothing ever like this one. This is a true piece of art and we’re so excited that we got to partner with The Chainsmokers on it,” said Aaron Greenberg, GM of Games Marketing at Xbox. 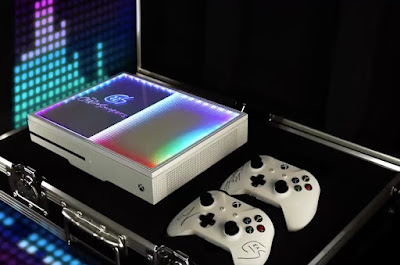 One very fortunate fan will have the chance to win the console by participating in the giveaway opportunity on The Chainsmokers Twitter account from today through September 17 (click here for complete rules). Even if they don’t win the console, everyone can listen their hits such as “Closer” or “Paris” via Groove or Spotify on their own Xbox One S to enhance their gaming and listening experience.
Be on the lookout for other custom Xbox consoles throughout the rest of the year, all of which will combine design with top personalities from music, sports, television, fashion, art and Hollywood.