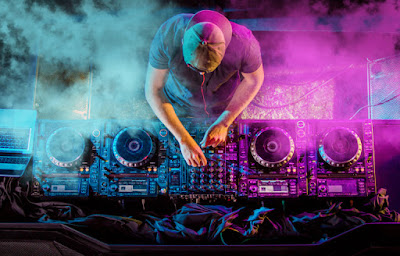 The President & COO of one of the largest investment groups in the world is also an EDM DJ on the side. 55-year-old President/COO of Goldman Sachs, David M. Solomon,is better known as DJ D-Sol. Our friends at The New York Times even tracked down his efforts as DJ D-Sol:

Here's a snippet of how he got into the DJ game:

Mr. Solomon’s hobby has become a more or less monthly gig, with recent stops in New York, Miami and the Bahamas, all noted on the Instagram page. (Among the Manhattan venues where he has spun, according to the page, are Beautique in East Midtown and The Whales on Clinton Street.)

“David’s always believed that having a wide range of outside interests leads to a balanced life and makes for a better career,” said Jake Siewert, a Goldman spokesman. “He’s preached that regularly to younger employees in the firm and tries to lead by example.”

Mr. Solomon led a study about improving the quality of life for Goldman’s junior bankers that resulted in new curbs on the hours they could work on weekends.

Shortly after The New York Times called, the Instagram page was made private.

But a roughly 30-second clip shot during the performance on July 4 depicts Mr. Solomon, wearing a baseball cap with headphones over it and a T-shirt bearing the name of Casamigos Tequila, adjusting the music as women in bikinis and shirtless men wearing board shorts dance on a deck below. Speakers blast music from the roof of the club, which was holding its weekly pig roast that day.